During her studies, she received a first prize with a composition for choir, was
selected to compose for the concert “Het Eerste Doel,” during Gaudeamus music
week, and one of her orchestral compositions was selected for the project Young
Composers, and was hence perfomed by the Nederlands balletorkest, conducted by
Richard Dufallo. In addition, she wrote musical pieces for theater, such as the opera
for children “Fietsen” (riding a bicycle – based on the book by Gregie de Maeyer)
which was produced in Antwep. Many of her theater productions were created in
collaboration with director Jos van Kan.

After her studies, Astrid lived in Amsterdam for a few years, where she composed
many works. Her compositions were often commissioned by musical groups and
ensembles and were often funded by Fonds Podiumkunsten (Fund for Performing
Arts). In 2004, she became a mother and moved to Eindhoven, where she
composed special pieces for children and amateurs, i.e. animal alphabets.
Since graduating, Astrid has worked on commissioned compositions for the Doelen
ensemble and Doelen quartet, the Schoenberg Ensemble, the Gelders Orkest as
composer in residence season 2001-2002, members of the Bayerischen
Staatsocherster, the Moscow Contemporary Music Ensemble, Ensemble North/South
Consonace in New York City, the Asko ensemble, Nederlands Vocaal Laboratorium,
Nieuw Amsterdams Peil, and others. Most of these works are published by
Donemus Publishing. 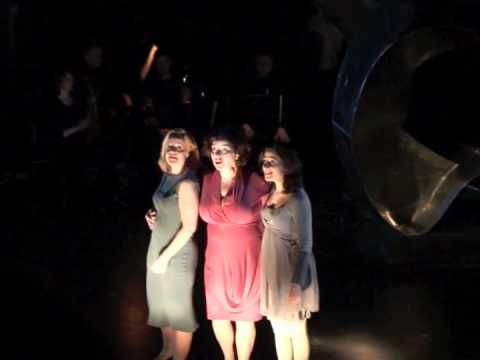